STILLWATER, Okla. (January 21, 2020) - The Stillwater Chamber of Commerce honored its annual award winners at this year's Annual Awards Gala. The gala, held January 17, provided a time to reflect on the previous year's successes in the business community and distinguish individuals and organizations that stood out among the crowd. 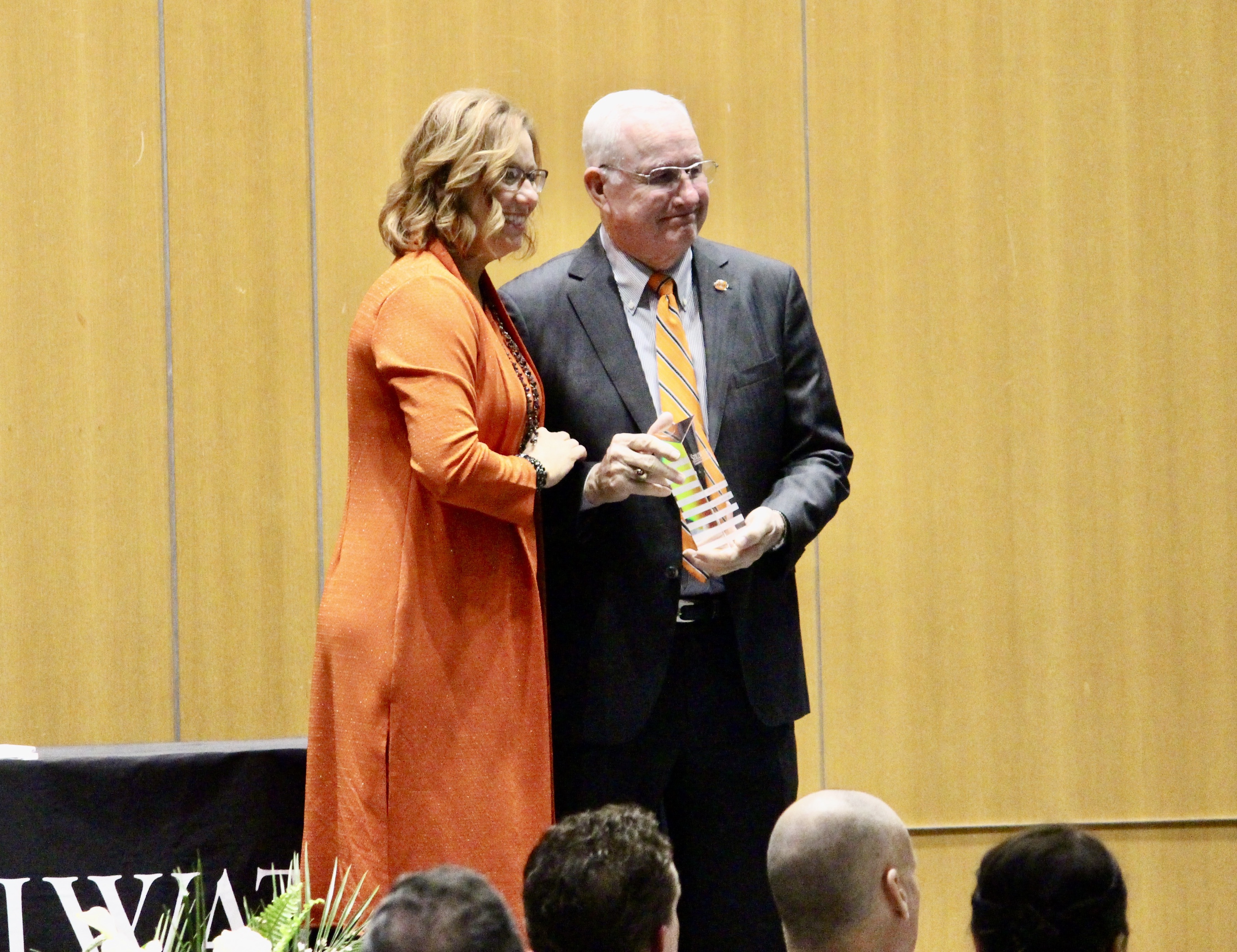 The night also included the graduation of this year's class of Leadership Stillwater. Their class project, now titled Envision Stillwater, brings together various community members to create a grassroots campaign to make Stillwater a better place. The class's participants came from a wide variety of backgrounds and experience, but they grew together as they learned about Stillwater and, most importantly, became friends. Congratulations to Class XXVIII. (Go Big!)

The Chamber's annual award winners are:

Citizen of the Year – Stan Clark

Large Business of the Year – InterWorks

Ambassador of the Year – Kristen Hadley

To read about these award winners and why they were nominated, pick up an issue of the 2020 Commerce Magazine or visit our homepage for the digital version.